The moment above was filled with equal parts pride and sadness. Here I was graduating one of my favorite students, Carter Wilson, who I had met four years earlier when I first began my journey in the independent school world. Up until then, I was a public school kid who ended up working in public schools and public charter schools, but never thought that the artist within me had a place in the classroom. Even when I won an Urban Teacher Award from Cal State Hayward in the late 1990’s, I never imagined the idea of Hip-Hop Education. It was students like Carter who became ambassadors to me in the independent school world and introduced me to the freedom of innovation in education when it is centered on the student and this idea forced the collision of the artist and educator within me.

Professor A.L.I., where the A stands for authenticity, L for love, and I for intellect; these respectively spoke to the idea of being true to oneself, expressing empathy, and exercising the mind.  These in turn introduce three methodologies in Hip-Hop Education which speak to developing a sense of self-awareness, while understanding and sharing the perspective of others, and expanding ones own mind.  I began to frame my approach to teaching in this way, while constructing whole courses on Hip-Hop History using blended learning to introduce students to the concepts of culture, cultural syncretism, layers of history, voice, literacy, spirituality, and globalism.  It was an effective approach because it considered the student as a whole.

This website/blog, social media, albums, and writing would follow, all centered on the idea of educating through the music and art of Hip-Hop. Hip-Hop Education was wholistic in spirit, and the artist-educator in me thrived being able to tell the story in so many ways.  Whether I was teaching AP History or one of my famous seminars, I found ways to touch the senses of the students such that they experienced history–and to do so without taking a particular stance– to me, the primary source was up for interpretation and my role was to help students make their own connections and find their voice in talking about it all.  This was whole student in spirit, and it was “Hip-Hop” to the core.

One etymology of the term Hip-Hop is that it is a form of intelligent movement; the idea here is that “being hip” is vernacular for being in the know, to have gnosis, or knowledge of something, and that “hop” is a verb that means to move, and that together they speak to this idea of intelligent movement.  Hip-Hop Education is truly about moving students in this way–and its something I’ve wholly embraced in my career–after all I realized a scholar may have knowledge, but an M.C. has the audience, and Professor A.L.I. could be both.

So back in 2012, as the June sun beamed down upon our heads, Carter would walk across the stage; and in The Athenian School tradition he picked an instructor to give a one-minute graduation speech on his behalf.   Carter chose me and I chose to deliver the speech as a rap, sans beat; it seemed appropriate since Carter was at the time an up a coming rapper in his own right–one who has now established his credibility as a lyricist and artist in the Seattle area.

At Athenian, both Carter and I had become suns; we found a supportive community, one that encouraged artistic expression and explored ways in which educators and students could be learners outside of the traditional classroom setting.  My time in the independent school world had melted the icy wall I had created between my artistry and role as educator within.  The Google searches that easily revealed the presence of my artist alter ego, followed by the calls to recite spoken word and acapella poetry, had already blown my carefully constructed cover as a mild mannered educator.

When this happened I saw an immense swell of support and love from a community that stood by its own.  Carter saw that too, and as he started to take the lyrics from his notepad to the mic, he too found his strongest support coming from the Athenian campus family.  Artistry thrives when it is cultivated with love, and we both found that from our respective peers.  So we too began to shine in our own light. 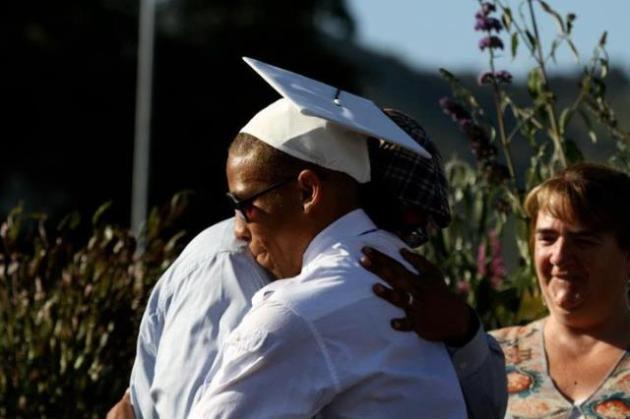 As I now turn to leave Athenian and carry the blazing torch for Whole Student Education to the Dunn School, as their new Head of School–I’m turning over most of the writing on this site* to my former students like Carter Wilson and my fellow Hip-Hop Educators to continue to the work I started in Hip-Hop Education.

*I’m always down to drop a feature verse 🙂

Professor A.L.I. was created by Kalyan Balaven as a way to promote Hip-Hop Education, it soon became a collective where other artist-educators he had worked with and students he had taught contributed to the idea that one could teach through music, and use Hip-Hop Education to promote whole student learning.